2 BHK in thane | Realty Watch - The Five Pillars Of Affordability

The areas beyond Thane are no longer perceived as distant suburbs but as sought-after destinations for residential living.

Talks on affordable housing in Mumbai is fraught with danger. Ei ther the claims of af fordability come with the rider of `as per Mumbai standards' or it is so far a place that to live and commute to the city is a nightmare. However, amidst this ground reality of the city, there are locations, which defy the conventional thought process of Mumbai as far as affordability along with quality living are concerned. The critics who had, a decade ago, dismissed areas beyond Thane as `too remote for habitation', are today forced to eat their own words. As a matter of fact, it is not one or two locations that are today redefining the concept of affordable housing in this part of the world. There are many and among the top picks are Ambernath, Shahapur, Badlapur, Kalyan and Titwala.

Collectively, these locations are not only the five pillars of affordability and quality living but also identical case studies on destination development. Ambernath has been probably the most notable location to shrug off the tag of `beyond Thane'. Today, it has evolved as a micro-market in itself where affordability has yet not been compromised. At the same time, there exists top line infrastructure and the social infra is also growing. With some commercial activity also moving to the region, it holds a unique place on the property map of the city. “Frankly speaking, I had bought an apartment in Ambernath as an investment for my retired life. With the kind of budget that I had, I could not afford it in any other location in and around Mumbai but my world view has changed now, post moving in.

The kind of greenery that is here is non-existent in any other location. It is definitely not a `beyond Thane' market anymore,“ says Vasudha More. Also, no one refers to Shahapur as a holiday destination anymore.It is very much a first-home market now. The first-movers in this market who had invested into a holiday home a few years ago, have already been witness to anything between 200 to 300 per cent appreciation. 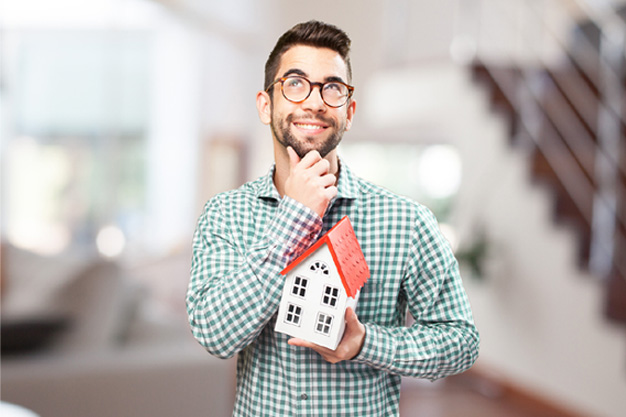 Rajeev Naik, who bought a holiday home in Shahapur around a decade ago today feels proud of his decision. He feels it is proving to be a goldmine not only in terms of the appreciation value, but also the market is a strategic business corridor for him. “The best part is that this area has a superlative location advantage with excellent climatic conditions and greenery that make it ideal for quality living. When I move out for local trekking and forest camping, I feel I have the luxury of a holiday in the neighbourhood,“ says Naik.

Badlapur has been in the news due to the 2015 hit film of the same name. `Badla' literally means change and `Pur' means town.Most of the early residents moved to this area due to its connectivity to Mumbai via rail. However, there are other socio-economic reasons that are helping the market to evolve as an attractive destination. Affordability here is just an icing on the cake. “I knew that I was shifting to a place that is 68 kilometres away from Mumbai when I first bought an apartment but even then, the nature lover in me knew one thing for sure the kind of price point at which I was getting a property where there is a mountainous terrain on both sides and Ulhas River close by where else could you get such luxury,“ asks Joel Samuel, a photographer.

Then comes Titwala where affordability is the USP and yet, it is not a compromised location. As a matter of fact, people who have settled in this area also feel blessed because Titwala has always been a devotional tourist attraction. It is no more a future destination but one where constant appreciation would entice any smart investor. The firstmovers who had bought a property here due to budget constraints already feel rich enough. “I came to Mumbai from a small town and along with the affordable factor, what also impressed me about this location was its look and feel of a small hamlet. Today, it has changed a lot, thus making me richer,“ says Sugandha Dasgupta.

Last but not the least is Kalyan that has very good connectivity to parts of Mumbai and other cities via the Kalyan-Shilphata Road, Agra Road and National Highway 4. This also increases the growth prospects of the region. The proposed Navi Mumbai International Airport is at a distance of less than 35 kms. Needless to add, it adds to the demand for upscale housing in the region, which is anyway much affordable than other markets of Mumbai. Analysts maintain that the areas beyond Thane have shaped up well over a decade. And still no one could probably match these locations. They are the real case studies for any student of urban development and quality habitation.

Also read: Seven steps to get the best price for your used property