Thane Property News - Only at Propertythane.com. And read about NGT rap on developer for not obtaining EC

NGT rap on developer for not obtaining EC 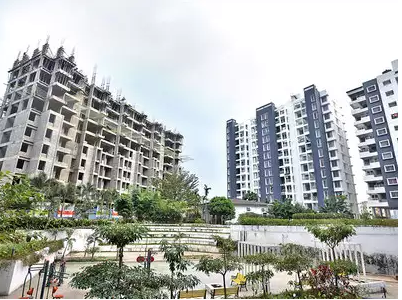 The property, located on Mulshi road about 20 km from Pune in Pirangut, was set up a few years ago. The residential society in question has at least six wings of which, some construction is pending.

The applicant in the case, Shashikant Kamble, has claimed the builder started construction on a land sans EC. When the show-cause notice was served by State Environment Impact Assessment Authority (SEIAA), the builder changed the name of the company. The project progressed nonetheless on the Pirangut land.

The complainant has said that Calyx Majestique Properties had undertaken the residential project, Vanalika. The construction was deemed illegal without EC, as the lack of certification violates the Environment Protection Act. SEIAA issued a notice in April 2014 seeking reply and initiating legal action.

In response, the builder allegedly withdrew the project on record with necessary paperwork, but continued with the construction under the name of ‘Calyx Paradise’. No environmental clearances were obtained for the project in this instance, either.

The matter was then presented before NGT last week. The necessary documents to support the change of names were presented as well. The Google Map images were also shared to substantiate the construction works that continued on the same site and the time duration.

Terming it a serious matter, NGT’s principal bench of Justice SP Wangdi,and expert member Nagin Nanda ordered an inquiry into the matter. The bench had directed that a notice be issued to the builder, which has to be responded within three weeks.

The order further stated that if the allegations are found to be true, the two authorities are at liberty to take appropriate action against the same — a report of which is to be furnished to NGT in addition to the inspection report.

When asked about the allegations levelled against the real estate developer, the firm’s spokesperson said, “The notice is yet to be received by the office. All the necessary documents and approvals from the departments concerned are in place.” The official added that these documents would be presented before the NGT as required.