Thane Property News - Only at Propertythane.com. And read about Maharashtra: Officials drag feet on Rs 24 crore recovery from developer 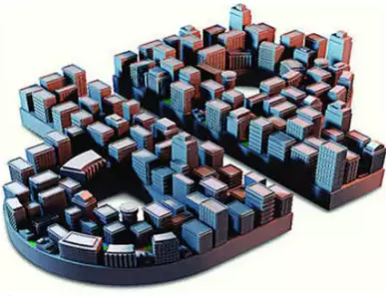 MUMBAI: Almost 10 months after MahaRERA issued recovery warrants for Rs 24 crore against Nirmal Developers following their failure to refund around 80 home buyers in the Nirmal Olympia project in Mulund, the buyers are yet to get their money.

Home buyers are now caught in a blame game between tehsil officials, who are carrying out the recovery process, and the Collector of Stamps.

Home buyers allege revenue officials seemed to have vested interests in delaying the recovery from the developers. Three different recovery warrants were issued by MahaRERA member Vijay Satbir Singh for recovery of arrears against Nirmal Developers in February and March.

After an inordinate delay in initiating the process, the Kurla/Mulund tehsildar started the recovery process and attached Jawahar Talkies, owned by the developer, to recover over Rs 23 crore from the developer. Revenue officials now state the value of the property has not been ascertained and the Collector of Stamps is yet to provide valuation.

“We had written to the Tehsil officials about two months ago, but they are yet to get back to us,” said a Stamp department official. Mumbai suburban district collector, Milind Borikar, said, “There was an initial delay due to some issues in the address mentioned in the recovery warrant. Later, there was a delay as officials were busy with the assembly election process. We will now complete the recovery process at the earliest.”

Rahul Kshirsagar, who had booked a one-BHK worth Rs 82 lakh in the project, said “The developer is taking the officials and the buyers for a ride. We had invested in the project around five years ago and not a single brick has been laid till date.”